It wasn’t until I got to college that I realized how important the unconditional love from your dog really is.

I grew up with a Bichon Frise named Mowgli. We got him when I was about 4, explaining the name. Mowgli was never a big cuddler — he liked Mom and would snuggle up close to her on the couch. He was a fairly lazy dog, which worked well for my family.

Sadly enough, we had to put Mowgli down this past October, which was one of the hardest things we’ve ever had to do. He was 14 and pretty sick, so we knew it was coming, but that didn’t make it any less awful.

A few weeks later, Black Friday to be exact, we did the thing we weren’t planning on doing until the following summer — we went to the Humane Society and brought Zeus home. Zeus is a Boxer/Pitbull mix and he actually went through quite a few names before we landed on Zeus. His original name was Morgan (which explains why we assumed he was a girl at first), then it was Sosa, then it went to Otto Sosa, then just to Otto, and finally to Zeus. 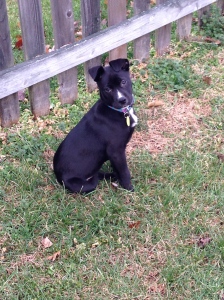 This dog’s a weirdo. He sleeps in the craziest of positions. When we first brought him home, he’d fall asleep at the drop of a hat and wouldn’t wake up for anything. He’s a huge cuddler, which I love. When I came home for Christmas break (mind you, I’d only been gone for 9 days) he literally attacked because he was so excited to see me.

It’s crazy the little things you take for granted, like cuddling with your dog. I swear a puppy can make anything better, and I miss that a lot in college. The best thing about a dog is even when you mess up, they don’t care, they still love on you anyways. They show a type of love that I swear only dogs are able to show. You say something mean to your Dad, the puppy still loves you. You step on his/her tail, they’ll still come cuddle up next to you. It sometimes reminds me of God’s love — nothing you can do can break it and I think that is beyond cool. Sometimes you just need some puppy cuddles and college isn’t a place you can get that. To be honest (don’t tell my family or friends!), I’m most excited to see Zeus when I come home.

I’m already looking forward to seeing this dog in March. It’s a long month and a half without the pup, but it’s all worth it when I come home! 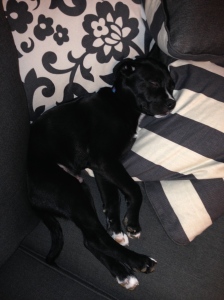 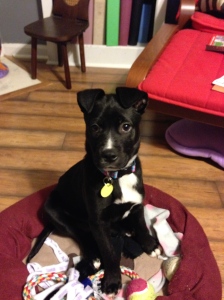 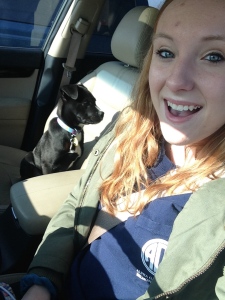