Hey y’all! So I used to read like, A LOT, but college made me ridiculously busy. I made it my goal this semester to read more and have so far read 32 books this year. I love the way a good book can take you into a completely different world and rid you of all the stress you’re feeling. I often find myself reaching for my iPad (yes I’m that annoying person that enjoys reading via technology) right before I go to sleep.

In my first installment of Kenzi’s Bookshelf, I wanted to share five of my favorite books of the year! Along with my thoughts and my rating out of 10, I’ll post the short summary from Goodreads with each and link it to Goodreads for your viewing pleasure!

Summary: “The year 1984 has come and gone, but George Orwell’s prophetic, nightmarish vision in 1949 of the world we were becoming is timelier than ever. 1984 is still the great modern classic of “negative utopia” – a startlingly original and haunting novel that creates an imaginary world that is completely convincing, from the first sentence to the last four words. No one can deny the novel’s hold on the imaginations of whole generations, or the power of its admonitions -a power that seems to grow, not lessen, with the passage of time.”

My Thoughts: I’ve been meaning to read this book forever, and with our current political situation and the stage version that opened on Broadway, I thought, “What better time?” and started reading it while in the rush line for Come From Away in April. I actually loved this book. I expected to hate it, but it was compelling and honestly a little bit scary because it was so realistic. Definitely a must read for everyone!

The Girls by Emma Cline

Summary: “Northern California, during the violent end of the 1960s. At the start of summer, a lonely and thoughtful teenager, Evie Boyd, sees a group of girls in the park, and is immediately caught by their freedom, their careless dress, their dangerous aura of abandon. Soon, Evie is in thrall to Suzanne, a mesmerizing older girl, and is drawn into the circle of a soon-to-be infamous cult and the man who is its charismatic leader. Hidden in the hills, their sprawling ranch is eerie and run down, but to Evie, it is exotic, thrilling, charged—a place where she feels desperate to be accepted. As she spends more time away from her mother and the rhythms of her daily life, and as her obsession with Suzanne intensifies, Evie does not realize she is coming closer and closer to unthinkable violence, and to that moment in a girl’s life when everything can go horribly wrong.”

My Thoughts: If you know me, I love true crime and find cults super interesting. Which might be weird but hey, everyone has their thing. This being said, I’m always on the lookout for books having to do with these topics as I find them fascinating and can’t put them down. This book did not disappoint. It was compelling from start to finish and told the story of a girl joining a cult that could essentially ruin her life. It painted the cult in the perfect picture that the girl saw it as, but still had an air of secrecy and fear with it. I read this book in like one day at the pool this summer and definitely recommend it to anyone who loves true crime.

Summary: “13-year-old Jenna Metcalf is on a quest, searching for her mother, Alice, an elephant researcher, who disappeared 10 years earlier after a tragic accident at their sanctuary for former circus/zoo elephants in New England. Leaving Time explores the mother-daughter relationship, be it elephant or human, and the idea that those we can’t forget are never truly gone.”

My Thoughts: I’ll give a disclaimer before I start: Jodi Picoult is my favorite author and this is my favorite of her books. It doesn’t hurt that elephants are my favorite animal either. Picoult’s books are always so interesting and contain so many twists and turns. I’ve read this particular book three times now and am surprised each time by the twist at the end. This story is so good at developing characters and plot in a way that keeps you so interested that you don’t want to put it down. I’ll always recommend any of her books, but especially this one. 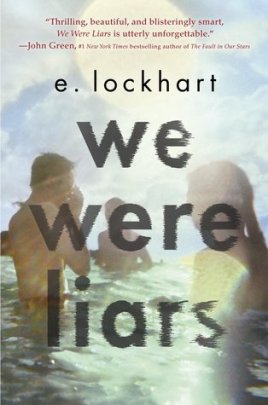 We Were Liars by E. Lockhart

Summary: “A beautiful and distinguished family. A private island. A brilliant, damaged girl; a passionate, political boy. A group of four friends—the Liars—whose friendship turns destructive. A revolution. An accident. A secret. Lies upon lies. True love. The truth. We Were Liars is a modern, sophisticated suspense novel from New York Times bestselling author, National Book Award finalist, and Printz Award honoree E. Lockhart.  Read it. And if anyone asks you how it ends, just LIE.”

My Thoughts: Yet another book where the ending took me by complete shock. You fall in love with these characters who are not what you think and the ending takes you by complete surprise. You get to follow these kids’ lives on the island during their summer vacation and watch as they learn, grow, and love. This book was one of my favorites of the summer. 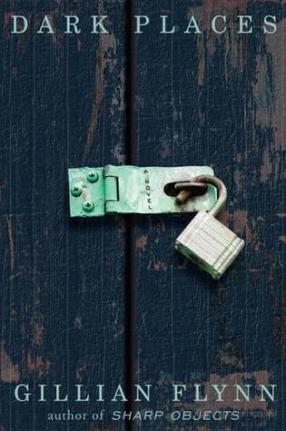 Summary: “Libby Day was seven when her mother and two sisters were murdered in “The Satan Sacrifice” of Kinnakee, Kansas. She survived—and famously testified that her fifteen-year-old brother, Ben, was the killer. Twenty-five years later, the Kill Club—a secret secret society obsessed with notorious crimes—locates Libby and pumps her for details. They hope to discover proof that may free Ben. Libby hopes to turn a profit off her tragic history: She’ll reconnect with the players from that night and report her findings to the club—for a fee. As Libby’s search takes her from shabby Missouri strip clubs to abandoned Oklahoma tourist towns, the unimaginable truth emerges, and Libby finds herself right back where she started—on the run from a killer.”

My Thoughts: If you couldn’t tell, I was on a true crime book spree this year. I was recommended this book on Facebook, told that I wouldn’t be able to put it down once I started reading it. Wow, they weren’t wrong. Gillian Flynn is the author of Gone Girl, another book I love, and Dark Places surpasses that by a mile. Libby is such a realistic character, trying so hard to not deal with the death of her entire family, yet being made to, and you feel for her. I liked this book because it not only showed you how Libby was dealing with things in the current day, but it took you back in time to before the murders and let you fall in love with her late family. This was one of my favorite books of the year; I literally read it in two days because I was so engrossed in the story!

And there ya have it! I’ll make posts every month or so with books that I recommend, so keep checking back if you’re into that sort of thing! Thanks for checking out this post, and keep on reading! 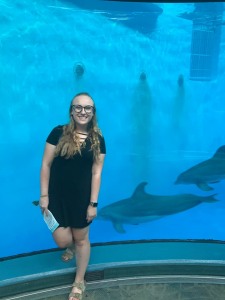