Are you looking for a suspenseful book you won’t be able to put down until you’ve read it cover to cover? Look no further than Verity by Colleen Hoover!

CW: Graphic Sex, Cheating on spouse, Abuse
(For real, if you don’t like reading about pretty graphic sex,  DO NOT read this)

Buy your copy of Verity by Colleen Hoover at one of these retailers*:
Amazon | Barnes and Noble | IndieBound
Note: This book is only in eBook format

*Disclaimer: I do not make a profit off of any books purchased from any retailer.

“Lowen Ashleigh is a struggling writer on the brink of financial ruin when she accepts the job offer of a lifetime. Jeremy Crawford, husband of bestselling author Verity Crawford, has hired Lowen to complete the remaining books in a successful series his injured wife is unable to finish.

Lowen arrives at the Crawford home, ready to sort through years of Verity’s notes and outlines, hoping to find enough material to get her started. What Lowen doesn’t expect to uncover in the chaotic office is an unfinished autobiography Verity never intended for anyone to read. Page after page of bone-chilling admissions, including Verity’s recollection of what really happened the day her daughter died.

Lowen decides to keep the manuscript hidden from Jeremy, knowing its contents would devastate the already grieving father. But as Lowen’s feelings for Jeremy begin to intensify, she recognizes all the ways she could benefit if he were to read his wife’s words. After all, no matter how devoted Jeremy is to his injured wife, a truth this horrifying would make it impossible for him to continue to love her.

It’s been a very, very long time since I’ve had a book that I literally could not put down. Verity did just that for me. Hoover paints her characters so well that you’d think they were standing next to you, telling you their life story. It makes it so, so easy to fall in love with them and feel the desire to know every twist of fate that will happen to them.

The entire book is heavy with suspense. From the moment Lowen accepts the job of completing Verity’s series, your mind is racing, wondering how in the world this will turn out. Verity is injured, riddled in a vegetable-like state in her bedroom from a car accident, while her husband and child keep on with their lives — or so you think. Lowen starts seeing and hearing strange things: the flutter of a curtain in Verity’s room, footsteps long after the house is asleep, and even Verity’s son saying things that just don’t add up.

All while this is going on in the house, Lowen is getting deeper and deeper into Verity’s personal manuscript she had found hidden among the piles of paper in Verity’s desk. The manuscript tells of graphic sexual relations, an unhealthy relationship between  Jeremy and Verity that Jeremy is oblivious to, and paints Verity to be this absolutely horrible,  abusive person and an even worse wife.

Half of the book is written as a book within a book, and I found myself yearning for more of the manuscript when reading chapters happening in real-time. The manuscript could be described as two words: messed up. But, I wanted more. Hoover did an incredible job of leaving the manuscript chapters off RIGHT as something really, really juicy was about to happen.

But, as in every good mystery, that’s not all. (Warning: Spoilers start here!)

Lowen finds herself falling in love with Jeremy Crawford, Verity’s husband. She sees him as an incredible father and doting husband and starts to picture herself in Verity’s place. This is the point of the book that you can feel it turn volatile and hostile. Jeremy begins reciprocating those feelings and the two begin acting on them.

Suddenly, even weirder things start happening.  Lowen even sees Verity standing at the top of the stairs as she and Jeremy begin to explore their physical relationship. Eventually, it becomes too much for even Lowen. She starts locking her door from the outside, as she thinks she is sleepwalking and doing the strange things in the house. The tables turn when she and Jeremy, the only two in the house, get locked in Lowen’s room (remember, the door only locks from the outside).

Lowen breaks down eventually and shows  Jeremy the manuscript that paints Verity for who she really was. Lowen sees Verity move on the camera, warns Jeremy, who catches Verity in the act. He kills her upon Lowen’s approval, and Lowen believes they’ve ended the reign of a monster.

But again, that’s not all.  THIS was the plot twist I didn’t see coming at all.

After Verity dies, Lowen finds a love letter from Verity to Jeremy, stating that the manuscript wasn’t true and was just a writing exercise. Better yet, she details how Jeremy had found the manuscript and attempted to kill her (yeah that car “accident”? Not so much an accident after all) and she’d turned to a “comatose state” to avoid it happening again.

So who’s telling the truth? You tell me.

This book left me speechless. I didn’t know what to do with myself when it was over. I hadn’t seen the plot twist coming at all.  Obviously, I’d figured out Verity wasn’t really in a coma, and I was disappointed at first, thinking that was the plot twist. But oh no.

I give this book a 4.5 out of 5 because of one factor:  Jeremy and Lowen’s relationship. I felt like it was so crucial to the story, but Hoover glossed over the romance behind it and solely focused on the sex.

If you’re looking for a book that will have you on the edge of your seat from page one, pick up Verity by Colleen Hoover. You will not regret it.

If you’ve read this book, leave me a comment down below with your thoughts and rating!

Colleen Hoover is published by Atria Books, a division of Simon & Schuster. Colleen also has several indie titles, including her most recent novel, Verity.

Her novel CONFESS has been filmed as a series by Awestruck and is available on Go90.com. Katie Leclerc and Ryan Cooper star in the series. 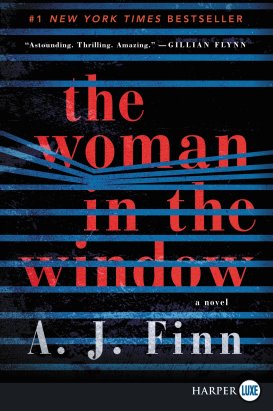